Meet Some Teams Fishing The Biggest Offshore Classic Yet 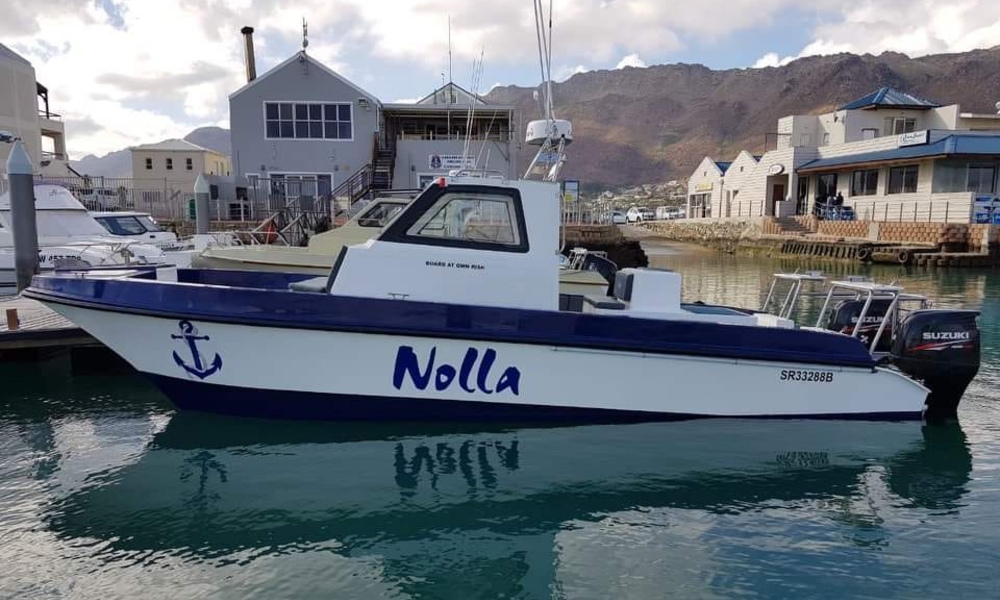 Half a million’s worth of prizes at the 2019 Furuno Offshore Classic game fish tournament at Gordons Bay Boat Angling Club. WATCH: Previous highlights to get a taste, meet some of this year’s entrants and see how to enter yourself

THE BIGGEST OFFSHORE CLASSIC YET

“It already looks like we’ll smash our previous entry records by Saturday,” says Gordons Bay Boat Angling Club exco member Philip van der Walt. “We’ll have the opening on Saturday 27 April, and then, what we do differently to most other competitions around Cape Town, we’ll run the comp for an entire week until the following Saturday and use the four best fishing days.

“It’s because the weather around Cape Town is so unpredictable, so we said, let’s give everyone enough time, we want everyone to fish the entire competition.” 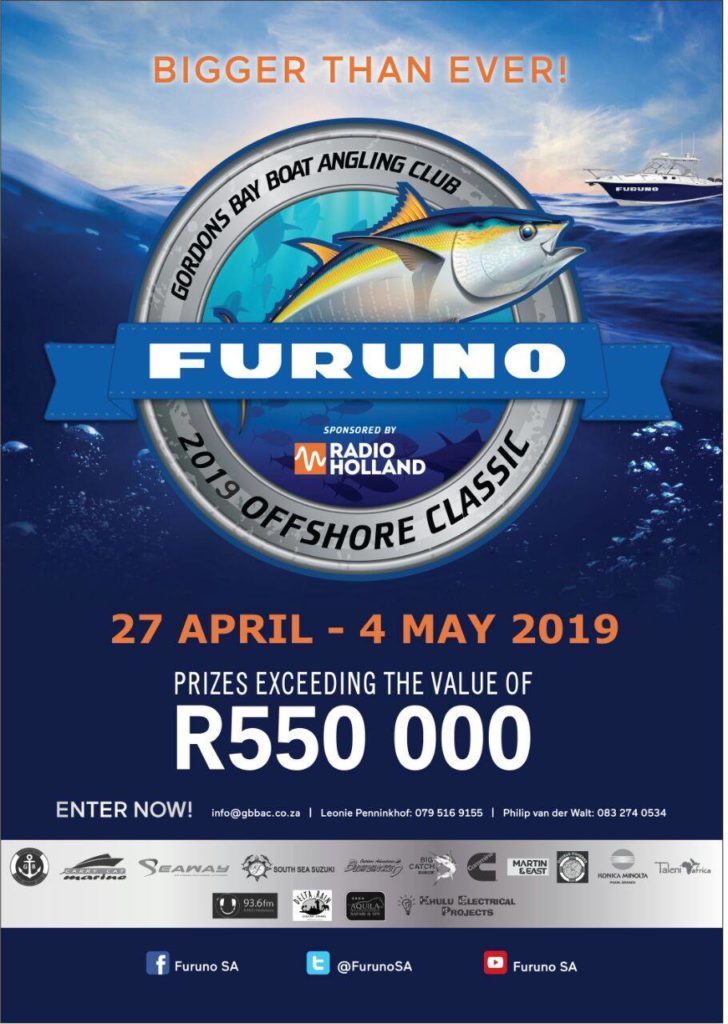 Already, Philip says that Monday, Tuesday and Wednesday look like great fishing days. And then there’s the fact there’s over R550 000’s worth of prizes up for grabs this year. “There are prizes for the top 5 yellowfin, longfin, bigeye and marlin. And, of course, the heaviest game fish overall, and then there are ladies prizes, juniors, a lucky draw to win a safari of over R150 000,” he says. 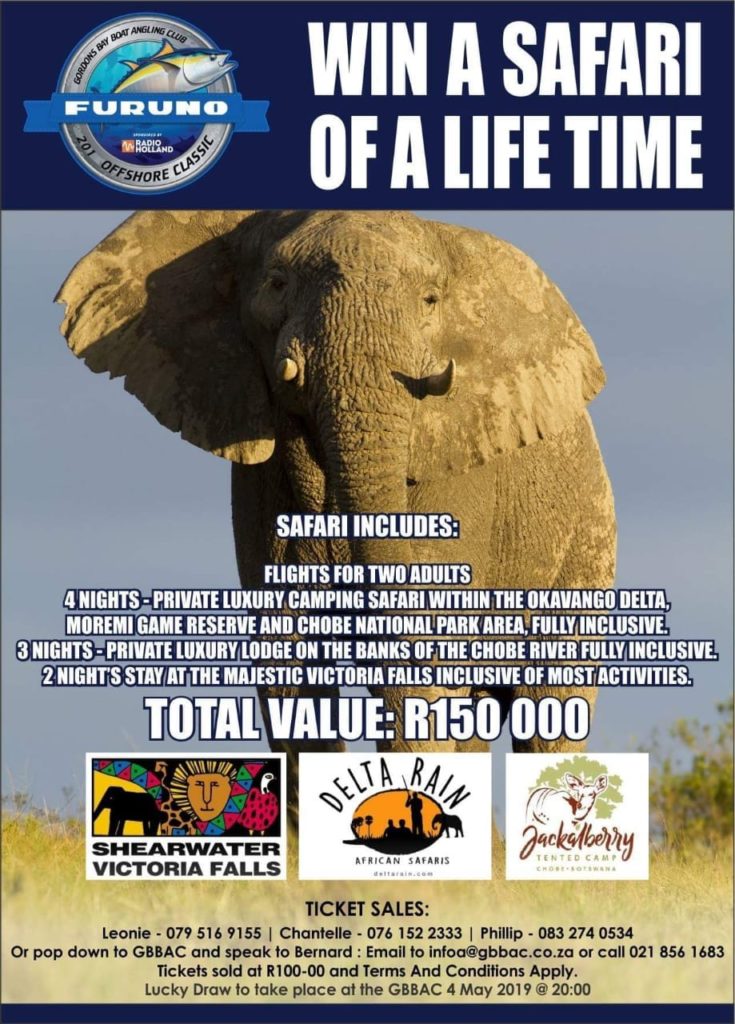 It’s a game fish competition. And, historically, the comp has delivered champion yellowfin, but there are at least five or more boats that will specifically be going after marlin, as the fish has been gaining popularity around Cape Town.

During the comp, teams will fish the four best weather days, launching at around 5am, with lines up around 4pm. That’s why, during the week of the competition, it’s such a great me for families and the general public to come round to the club at 4pm to watch the weigh-in. 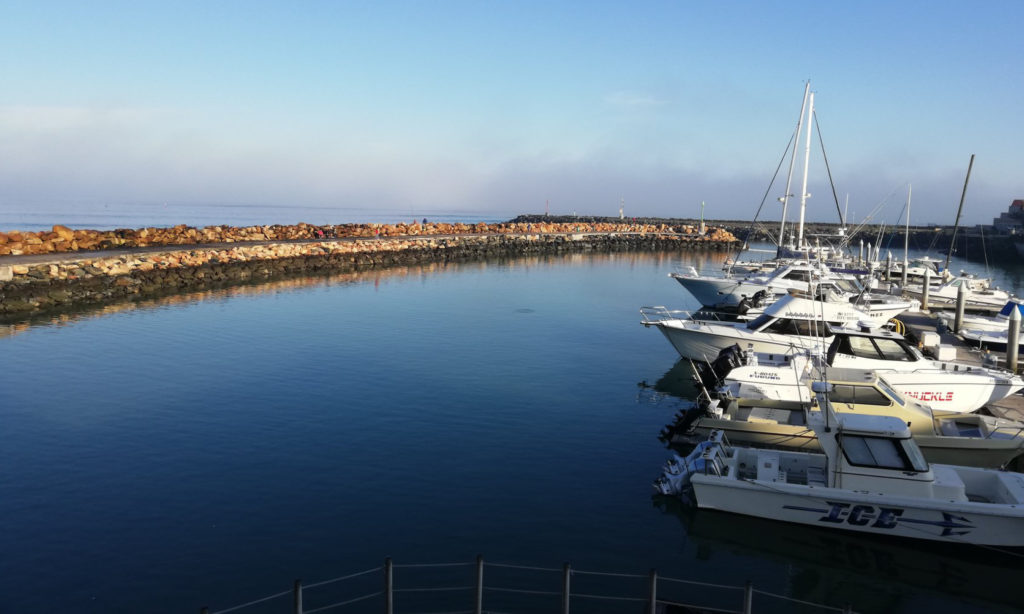 EVERYONE’S WELCOME TO VISIT THE CLUB

From 27 April to 4 May, Gordons Bay Boat Angling Club is open to the general public. There will be loads of food and entertainment, and the idea is to not only have anglers and their families round but to also give the children who live in the area the chance to come and watch the weigh-ins.

So, tell your friends and family to pop by, there are live music shows and good food days planned from Friday 26 April already.

MEET SOME OF THE COMPETITORS IN THE OFFSHORE CLASSIC

There are 38 entrants confirmed so far, with Saturday registrations expected to bring that closer to 48. Here are some of the crews to look out for during the competition:

Welcome to the magnificent team on MAGNUFICENT!Tight lines Ludwig and team!

Fresh from Tuna Masters is Nish and his team on Monish.Tight lines guys and a special GOOD LUCK to our young lady angler, Samaarah!

HOW YOU CAN STILL ENTER THE FURUNO OFFSHORE CLASSIC

Check out the nice-sized tuna that won Team Viskoors the Covid 19 Tuna Bonanza in Gordon’s Bay. 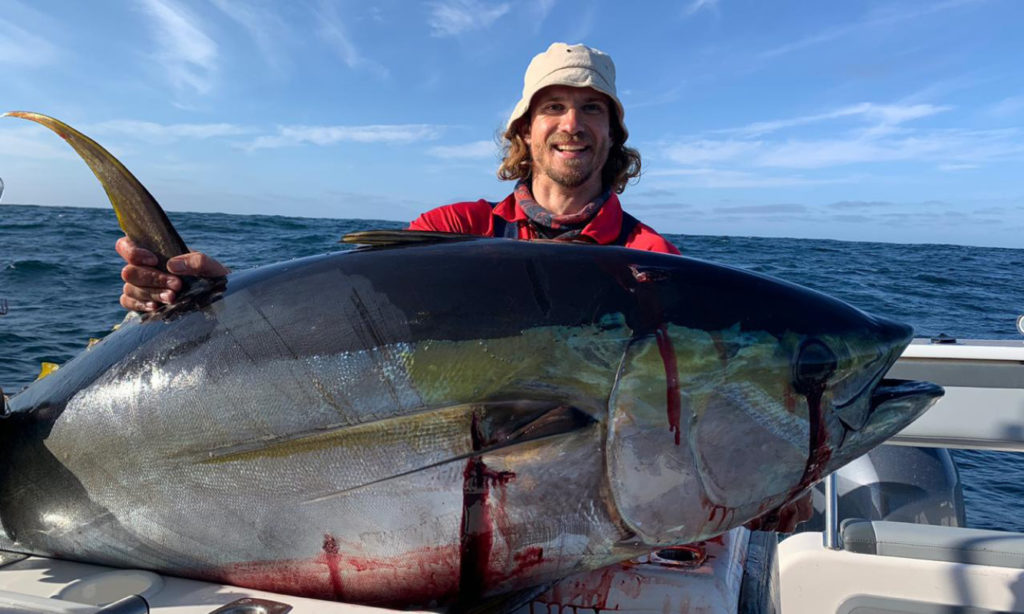 See all the fishing competitions in May and the whole year’s big fishing tournaments.

Discover the most award-winning outboards,  including the all-new Suzuki DF150 A, plus: all our Suzuki outboard motors.

CHECK OUT OUR NEW FISHING BOATS

Did you know: You can order everything from riverboats to new ski-boats through us at Nauti-Tech Suzuki? Check out our selection of awesome new boats for sale. 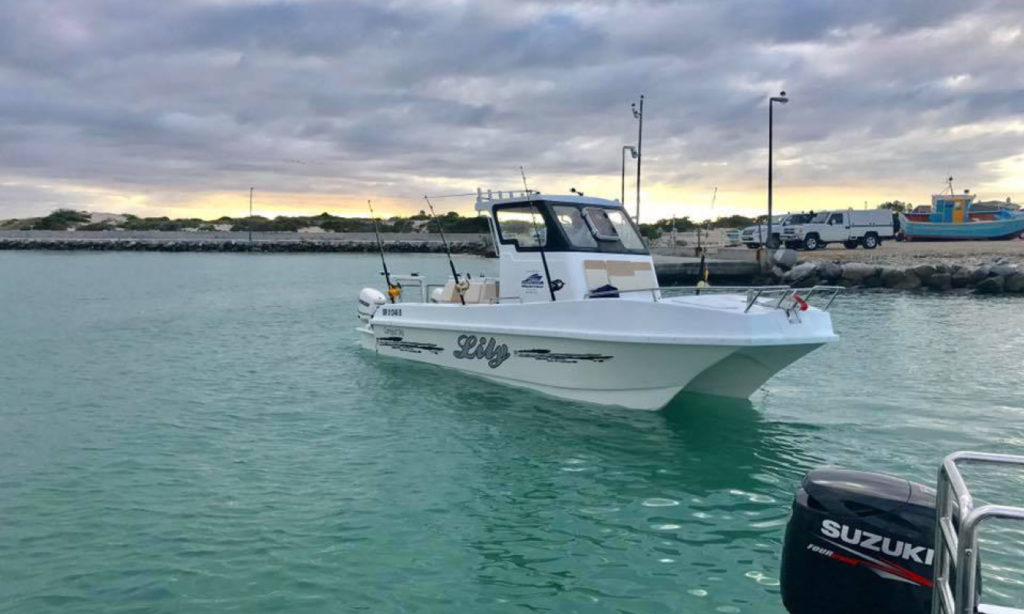