Suzuki: In Pursuit of Excellence

From the humble beginnings of loom-maker Michio Suzuki’s first motorised bicycles in 1909 to the growth of the company as a global superpower in the design and innovation of bikes and motors and the launch of Suzuki’s first marine outboard motor in 1965, Suzuki has always been about pursuing excellence.

Today, Suzuki Marine has won eight international National Marine Manufacturers’ Association (NMMA) awards (and counting), including the sought-after Innovation Awards for its four-stroke DF350, DF300 and DF250s, to become the most awarded manufacturer of outboard motors in the world. 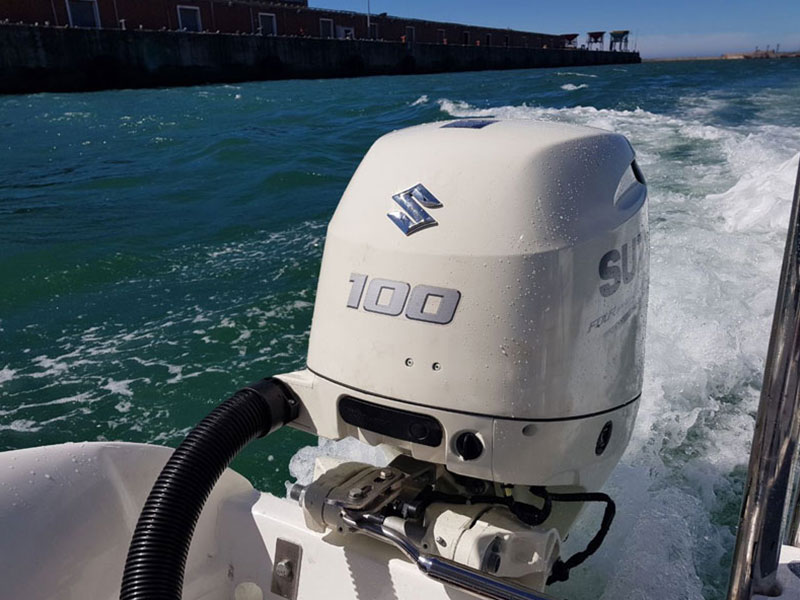 As a proud Suzuki Marine retail, fitment- and service centre (the official Suzuki Marine dealership in PE), Nauti-Tech Suzuki has been awarded the 2017 Suzuki Marine accolade for excelling in customer service and look forward to carrying the torch and promoting the pursuit of excellence for years to come.

SEE ALL THE AWARD WINNERS

Suzuki Marine has won more NMMA Innovation Awards than any other outboards manufacturer in the world. See the complete list of Suzuki’ s award-winning outboard motors.

Just arrived in South Africa: Suzuki Ecstar the best outboard motor oil. And you can now buy all your boat gear online.

All new Suzuki Lean Burn engines 40hp or more made after 2012 now come with built-in Troll Mode. It gives you fine control over the engine speed at low RPM, so you don’t need a separate trolling motor anymore. Learn more about Suzuki Troll Mode here. Plus: Check out the all-new Suzuki DF350AMD.

Check out our specials