Big Ones and Winners at the 20th Mapelane Billfish Invitational 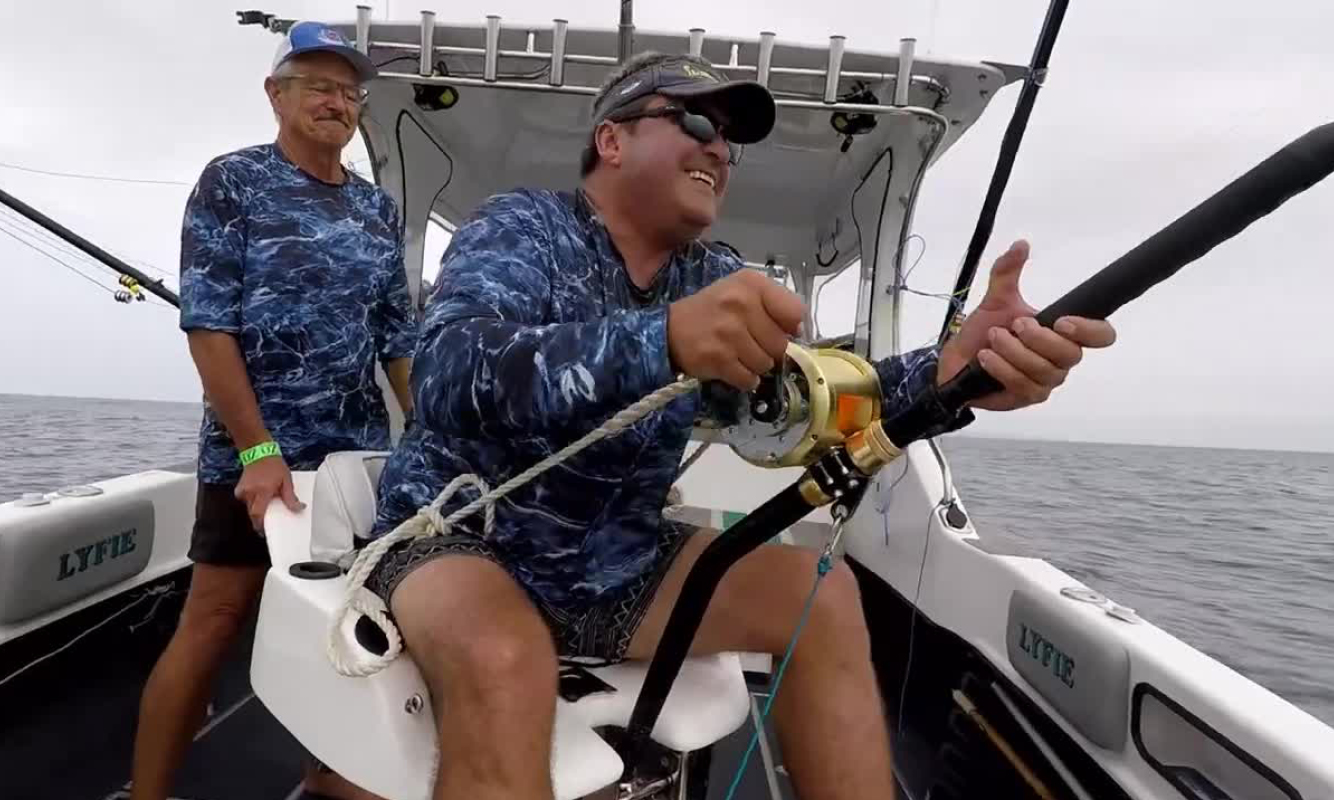 We spoke to the club chair: What to expect, the programme, dates, venue, eligible species, rules and prizes at this year’s Mapelane Billfish Invitational

All species of marlin. Daily prizes. And the big overall prize for the best performance over the 5-days of awesome bill fishing. One of SA’s original conservation-minded comps, the Mapelane Billfish Invitational, took place 16–22 February 2020 in St Lucia.

2020 Having been its 20th year, the Mapelane Billfish Invitational was one of the first – if not SA’s first-ever – marlin comp that’s 100% tag and release from when it was started in 2000 to today. And it’s, of course, for club members and by special invitation only, for anglers who share the club’s conservation ideology – it’s inside parkland after all. 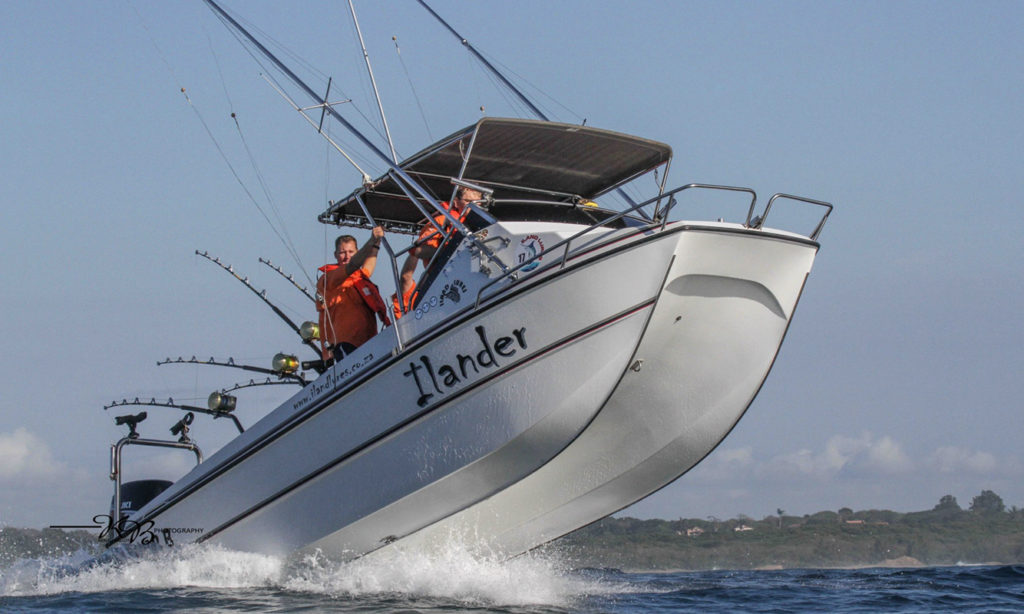 The 20th Mapelane Billfish Invitational took place 16–22 February 2020 at Mapelane Ski-Boat Club in the Mapelane reserve near St Lucia. Registration was on Sunday afternoon 16 February at the clubhouse, with 5 fishing days planned from Monday 17 to Friday 21 February, weather permitting.

Teams launched at 6pm on fishing days, with lines up and weigh-in at 2pm every day. And the closing and awards ceremony took place on Saturday 22 February at the clubhouse. 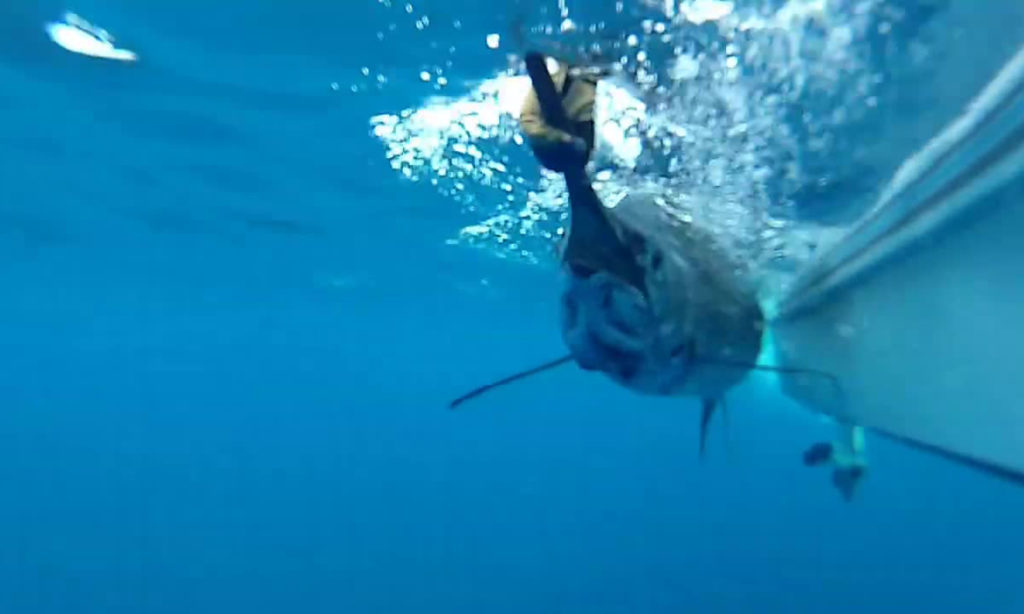 Black marlin, blue marlin and striped marlin were the only species that counted towards the daily prizes. And, again, it’s tag-and-release only (see the comp rules below).

Note that sailfish didn’t count towards your daily score in this comp, but they counted towards your overall score for the big prize. So , club chairman Les Hartley says you a successful release on a sailfish could help boost your chances for the overall prize. 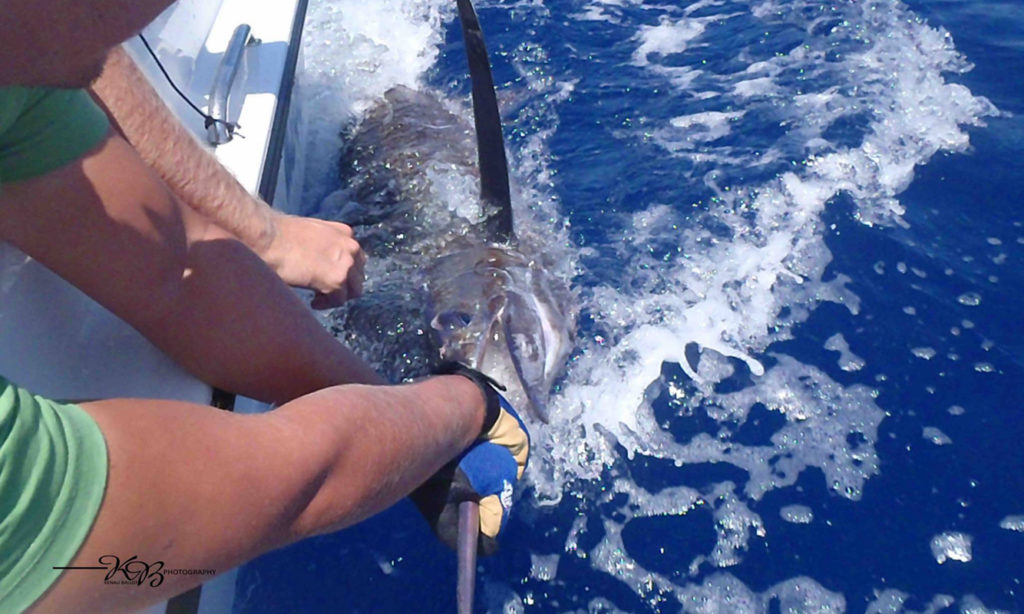 Being one of SA’s pioneering billfish release comps, the club and the Mapelane Billfish Invitational organisers have over 20 years of experience in ensuring billfish safety and conservation. How a successful catch here works is, as soon as you have a hook-up, you radio it into beach control.

Now, they will have supplied each angler with a colour band, and you snap a picture of the fish on the leader with the angler and the colour band around their arm, all visible in the picture. And then you release the fish.

After lines up, the organisers will just review the call-in time, your photo and your recorded time etc. And if everything’s in order, you got yourself a successful release. 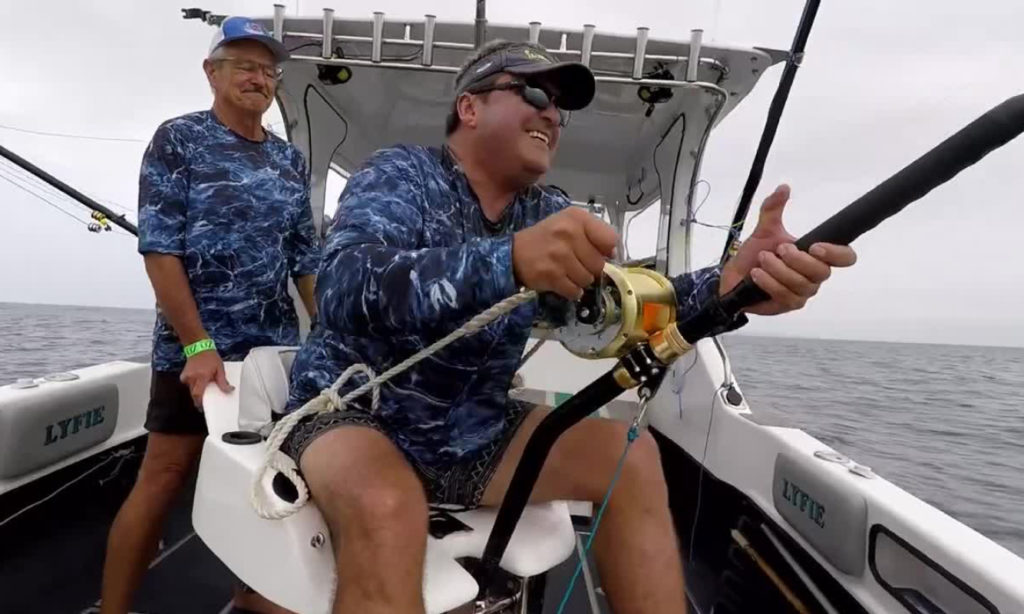 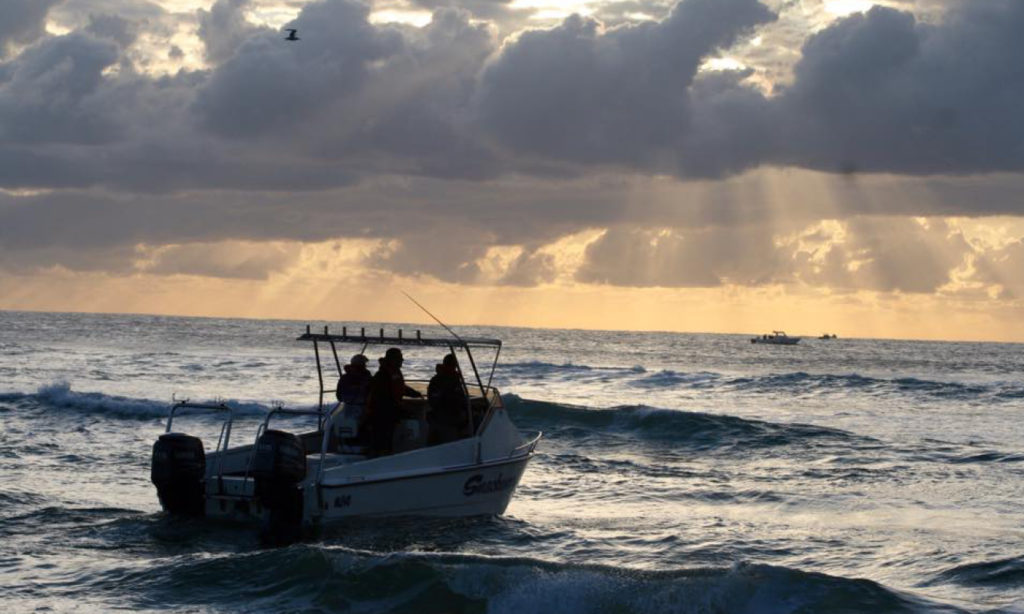 Some pics here by Kenau Ballot. 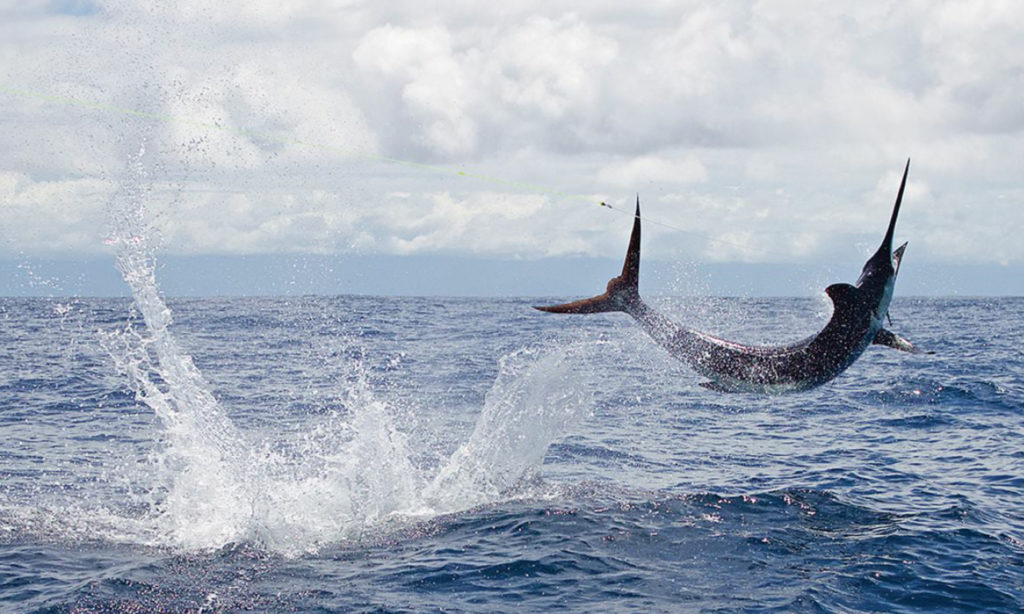 Also nearby, check out St Lucia Ski-Boat Club. Plus: See all the ski-boat clubs in Zululand and billfish champ Henk du Plessis on how to rig halfbeak for sailfish. Also see how to make a proper wind-on leader. 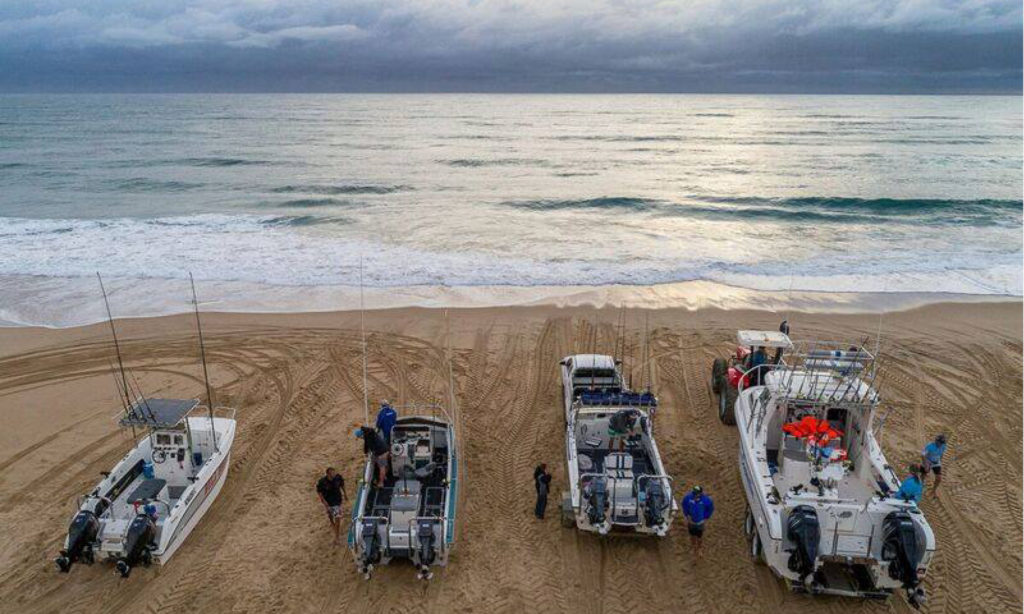