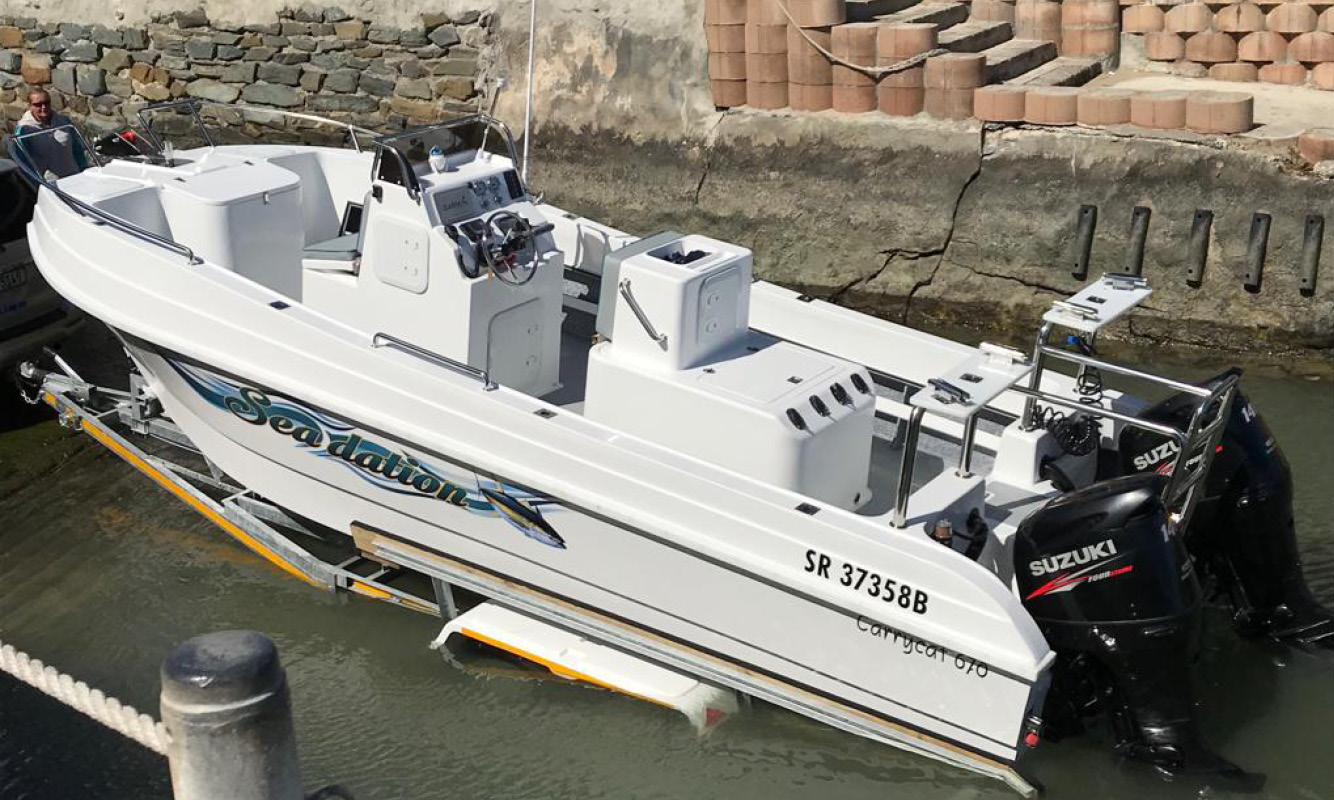 “I almost can’t compare this boat’s performance to anything I’ve had before,” says the proud owner of new 6.7-metre boat Seadation, Philip Erasmus from Durbanville. “I had my reservations about getting a cat hull again because my previous ones were so hard to manoeuvre and transport on land. But this is just spectacular.”

Philip had his new CarryCat 670 custom-built to his every spec. Which was quite a thing, as he’d never actually been on a CarryCat hull before placing his order.

“I know a lot of people who own and know CarryCat,” he says. “But before now I’d never been on one myself. And, I’ll tell you now, it was worth it because it was definitely the right choice.” 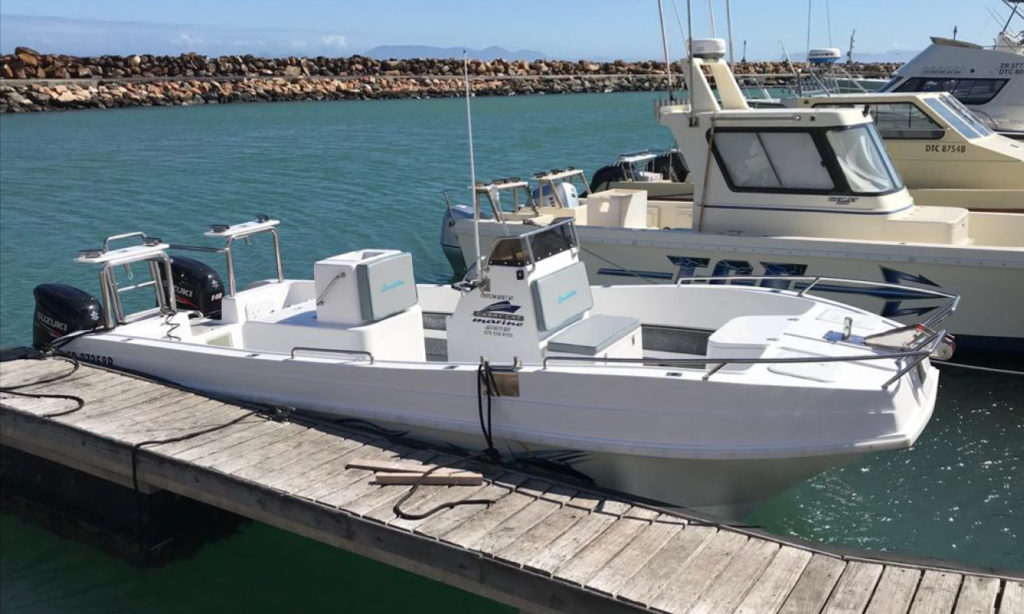 Philip does most of his fishing at Langebaan and up the West Coast, but he’ll occasionally go deeper when looking for some snoek or nice yellowtail around Cape Point. So he needed a versatile boat that can work as easily in an estuary as it does inshore, with the ability to go further offshore whenever he needs to.

“My fishing’s mainly recreational and I always want to be able to take my friends and family out, so I had it custom done the way I like it,” says Philip. “That’s why I went with this centre console. The layout just works for how I fish. It’s just the right length at 6.7 metres and the beam gives me enough space around the console to move around comfortably. 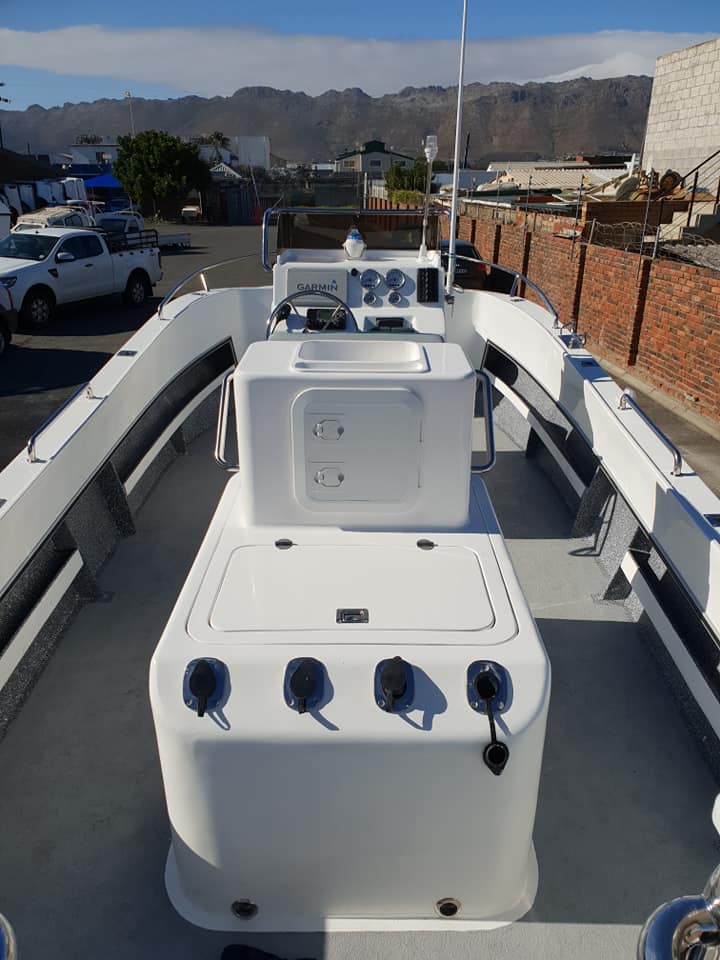 “Oh, and she performs very well on the water.”

“I love the height of the gunwales, it’s just right for my kind of fishing. And you feel very well protected inside the boat, which is important for taking the family out on a trip.

“But the best part must be its stability. I think CarryCat just got their tunnel height formula spot on because it’s an incredibly comfortable ride with incredible handling on the water. This hull is just so pleasant and very forgiving. I reckon it works just as well for the weekend fisherman as it does for a pro.” 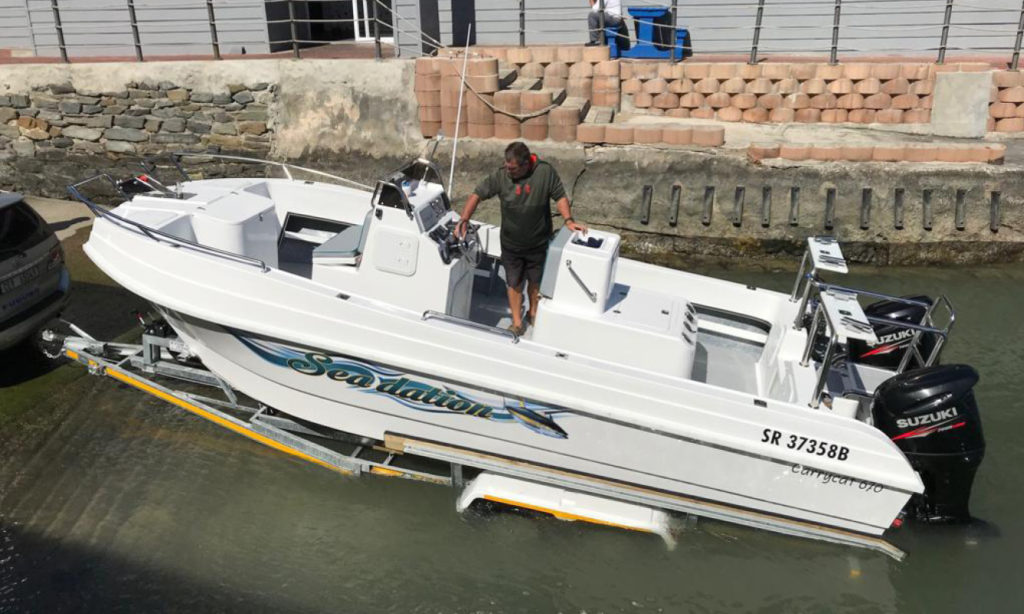 And that says quite a lot because Philip says he initially had doubts about going with a cat hull in the first place. “I had a 17 foot and another 6.7-metre cat before, and the biggest issue for me with those wasn’t on the water, it was getting them back onto the trailer and towing them.

“But this trailer that comes with the CarryCat is excellent. It’s well-built, and it makes launching and towing such a pleasure. Definitely made the right choice there.”

WATCH: SEADATION IS SUPER EASY TO LAUNCH AND BACK ONTO TRAILER

Rate this boat and trailer

So how do you rate this new boat for ease of getting back onto its trailer? The owner wasn't sure at first about whether a cat hull would launch or tow as well as a mono. What do you think? That's Seadation, by the way, a new CarryCat 670 with two monstrous (for the boat's size) Suzuki DF140s on. We'll tell you more about her soon. #GetNauti

But probably the best (or most fun) part is the fact that Philip had Seadation fitted with two powerful Suzuki DF140s. Now that’s way above the usually recommended max spec (115hp) for the CarryCat 670, but Philip says that the motors’ weight still makes sense on the hull and the performance is just next-level. 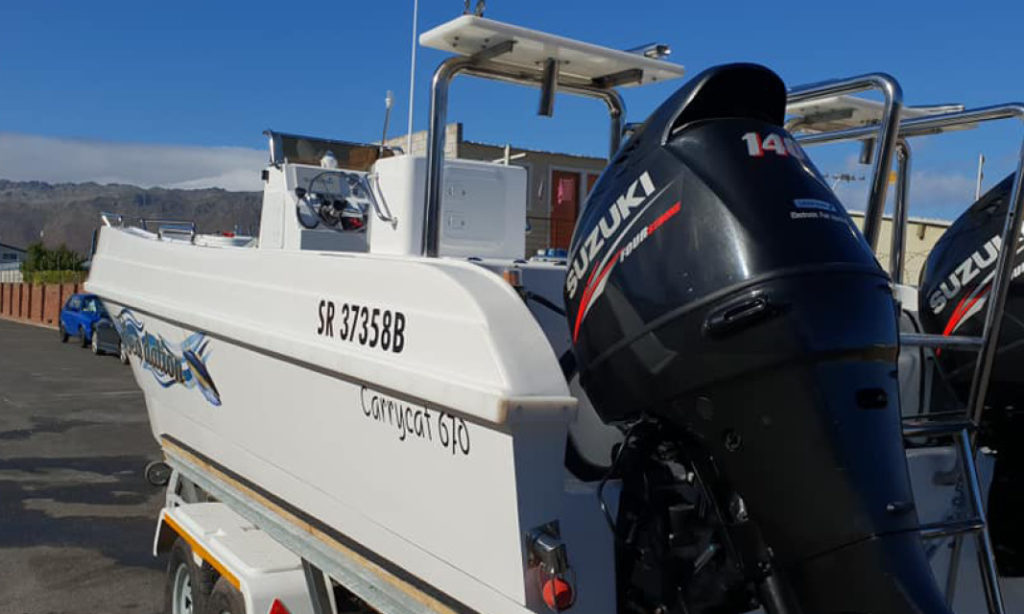 “Oh, it’s got a lot of power,” Philip says. “I haven’t even opened it up all the way to see what it can do. Because, you know, you don’t need it to be at full power. I just like to have it there in reserve when I need it.”

According to Philip, the extra power from the twin Suzuki DF140s makes sense if you’re well behaved on the water. There’s no need to go full bore, but it’s there if you want it. 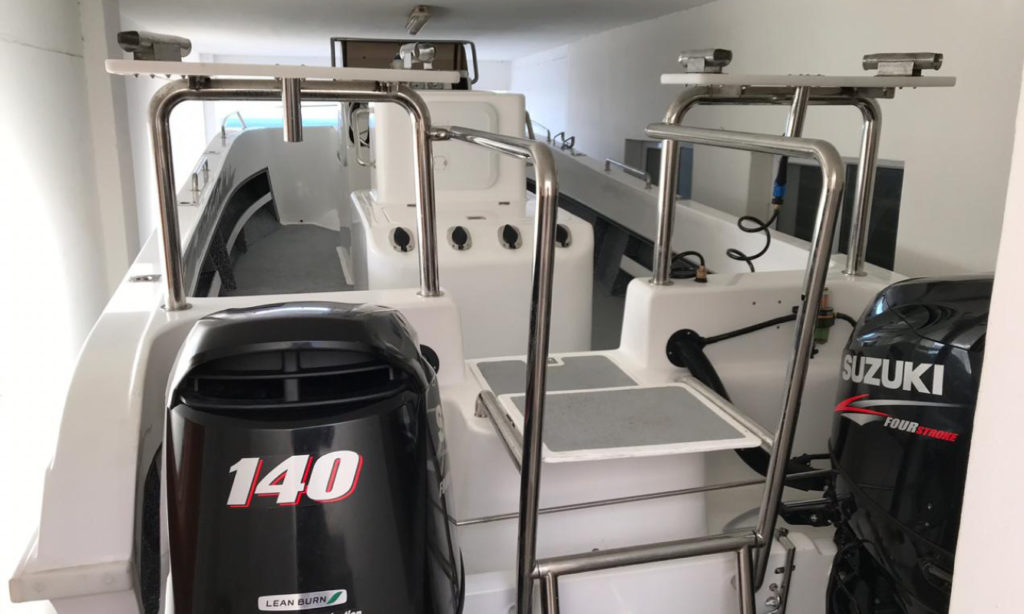 “I also enjoy the counter-rotation props, it gives you incredibly accurate steering. You can almost let go of the steering even in rough sea and it’ll stay remarkably true.

“And, despite the high-powered engines, it’s still incredibly fuel efficient – even if I compare it to the two older 90hp motors I had on my old boat. So it just makes sense.” 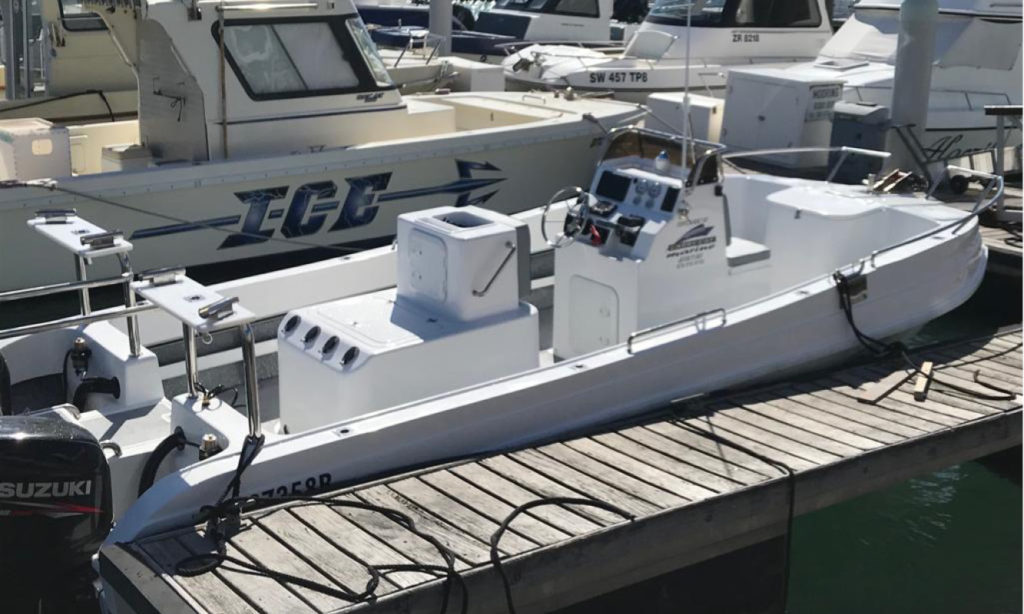 Discover the high-performance CarryCat 670 and the Suzuki DF140.

For some more awesome yellowtail fishing in August, check out the Yzerfontein Yellowtail Challenge. 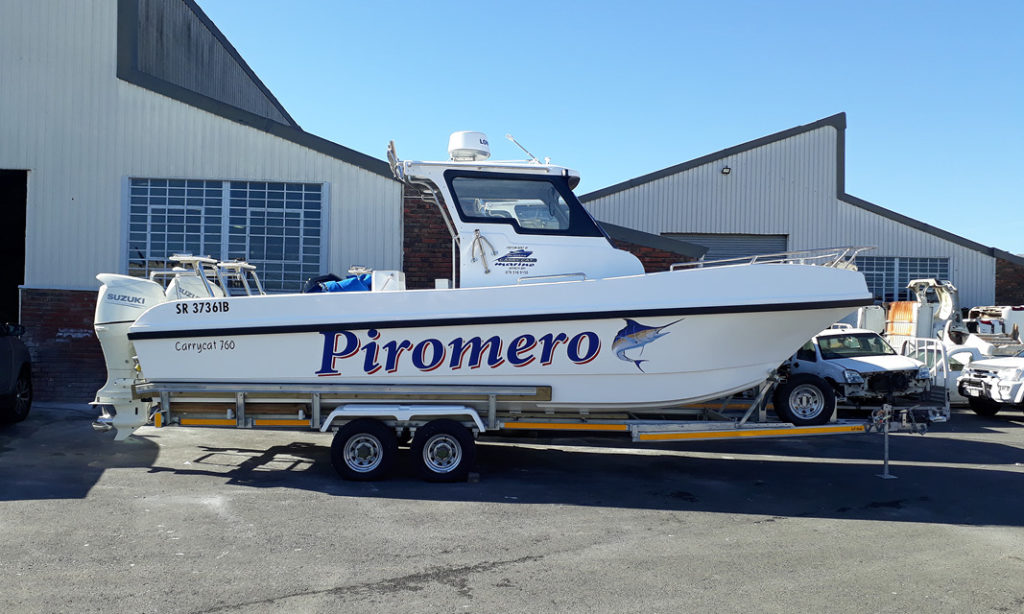 PLUS: CHECK OUT THIS NEW LAUNCH

Legend also has it that CarryCats and every other boat runs better under Suzuki power. Discover it for yourself among these Suzuki outboards. 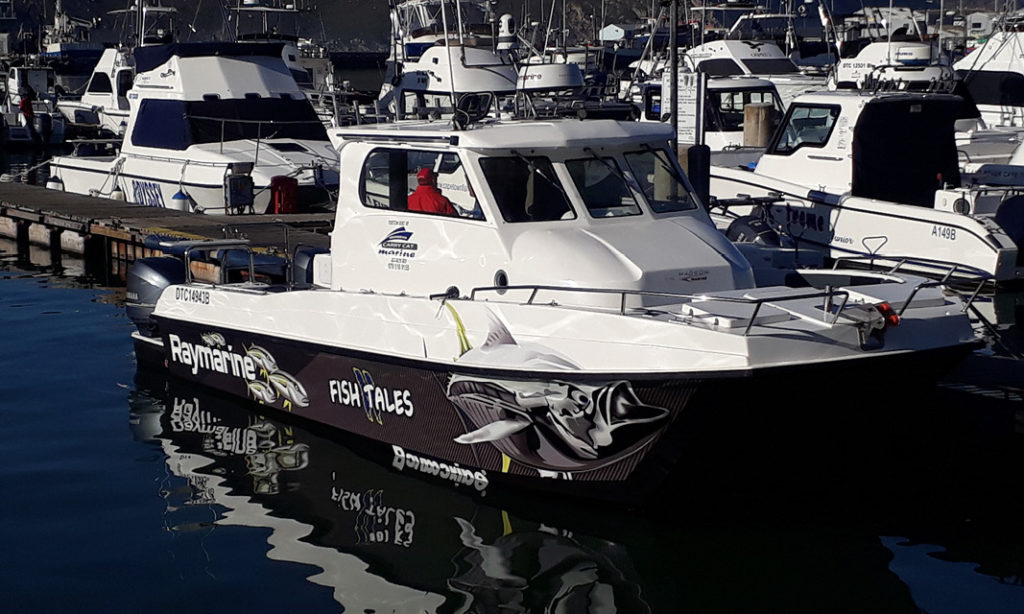 To ensure you always get first dibs on the latest deals and be the first to know about new, events and special offers by joining the Nauti-Tech Suzuki Facebook community and signing up for our newsletter.