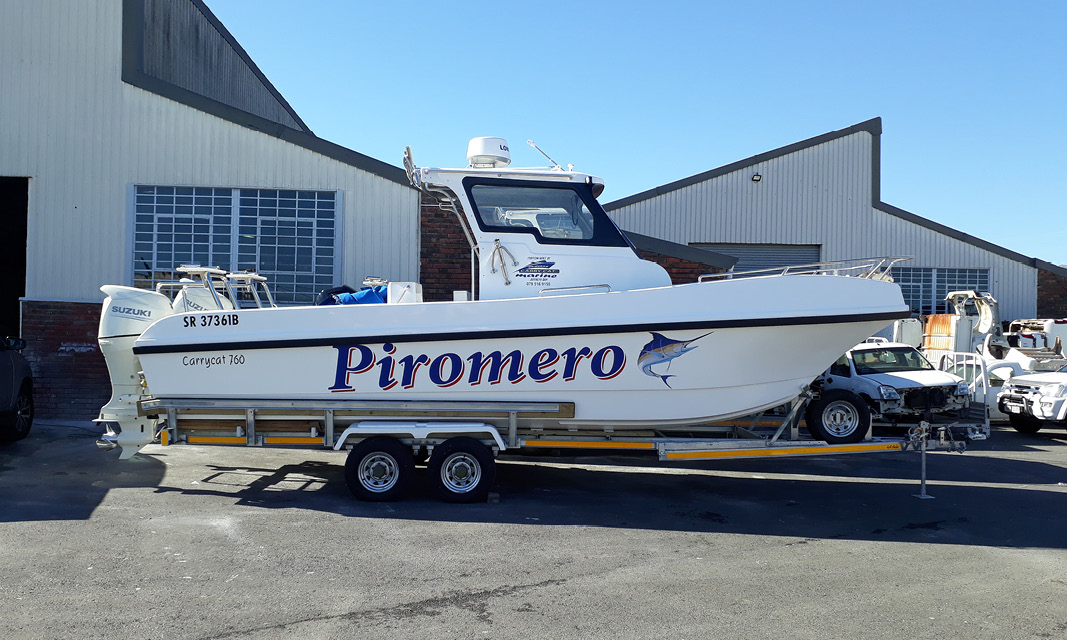 Super-versatile: Tuna, marlin, you name it, Robin Vermaak can fish it in his all-new CarryCat 760 Piromero

Superb layout, excellent ride even in rougher seas, and still managing to feel safe and comfortable enough to take the family out fishing. This is Robin Vermaak’s all-new Piromero, a custom-built CarryCat 760 game fishing boat with a removable fighting chair and two brand-new Suzuki DF140s in white. 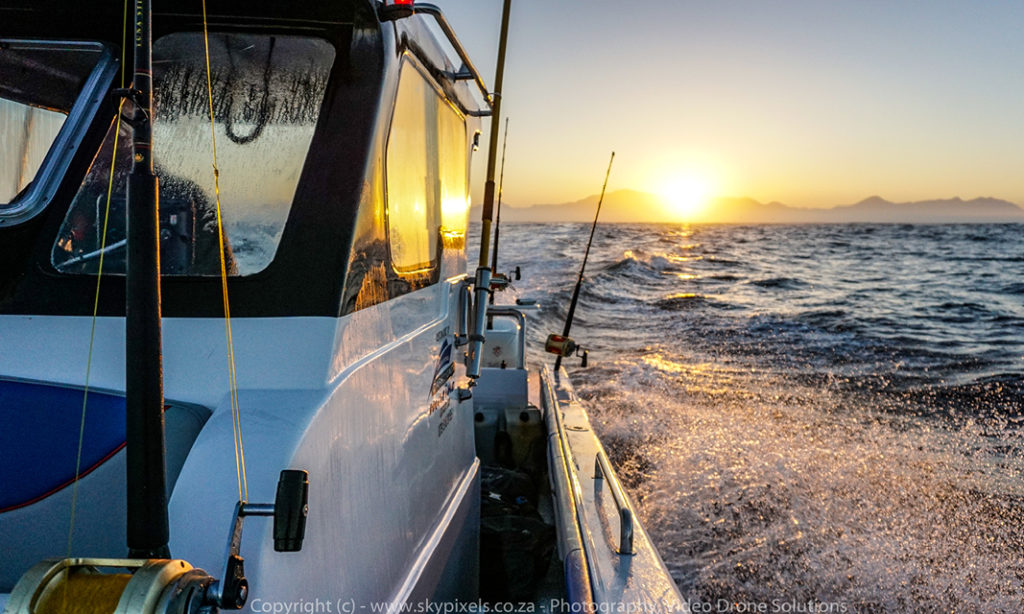 “I’d say the best part of it is that it’s custom-made,” says Robin, who is a familiar face in game-fishing circles around the country – and even as far as Mozambique. “So the layout is exactly the way I want it.”

Here’s what you should know about Robin’s the all-new Piromero. 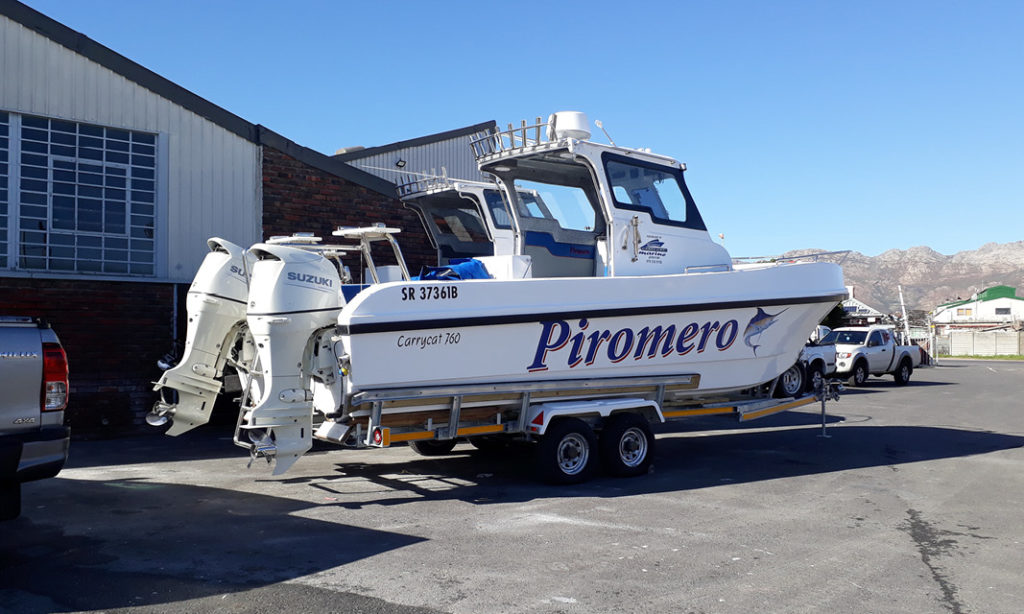 “The layout is spacious and functional for the kind of fishing I do,” says Robin. “There’s space to fish from anywhere around the boat and you can move around, too, which is ideal for fighting tuna or going after marlin.”

Which makes sense, because the CarryCat 760 is around 24.9 foot in length (7.6m), with a beam of 2.75m, and Piromero features the walkaround cabin.

“You can easily have about six guys on board, and there’s room enough for everyone for jigging and fishing all around the boat.” 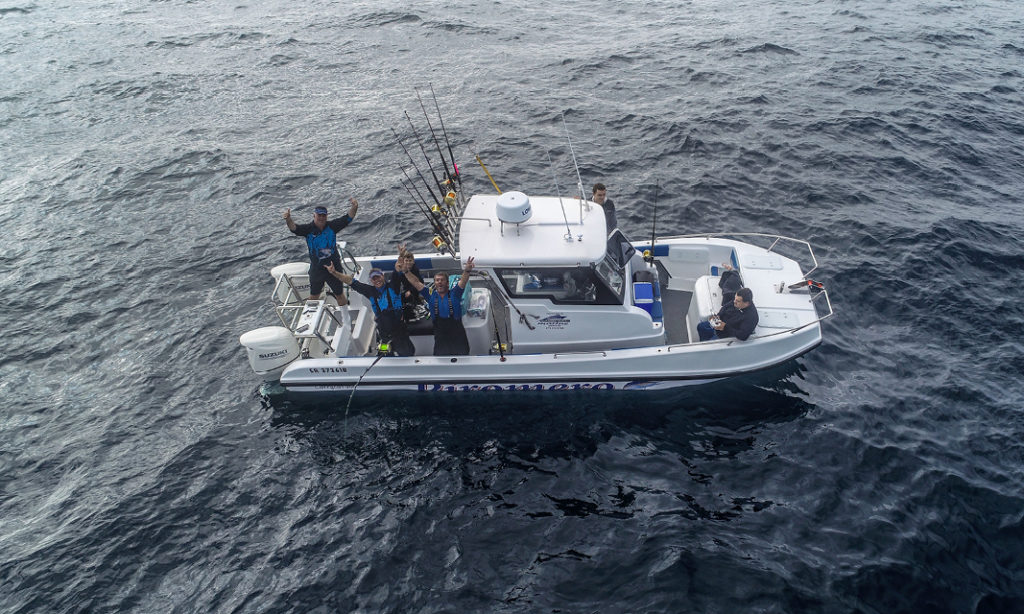 “She rides well, even in rougher seas,” Robin continues, “I’ll often do most of my fishing at around 40 nautical miles (74km) offshore. And that’s where this boat has been most impressive.”

Safety is also a very big concern for Robin, who wants to be able to accommodate friends and family on the boat without having to worry. “Well, I’ll put it this way. I have an 8-year-old son, and I feel safe and comfortable enough to take him out. We’ve been out fishing together four times now and he loves it.” 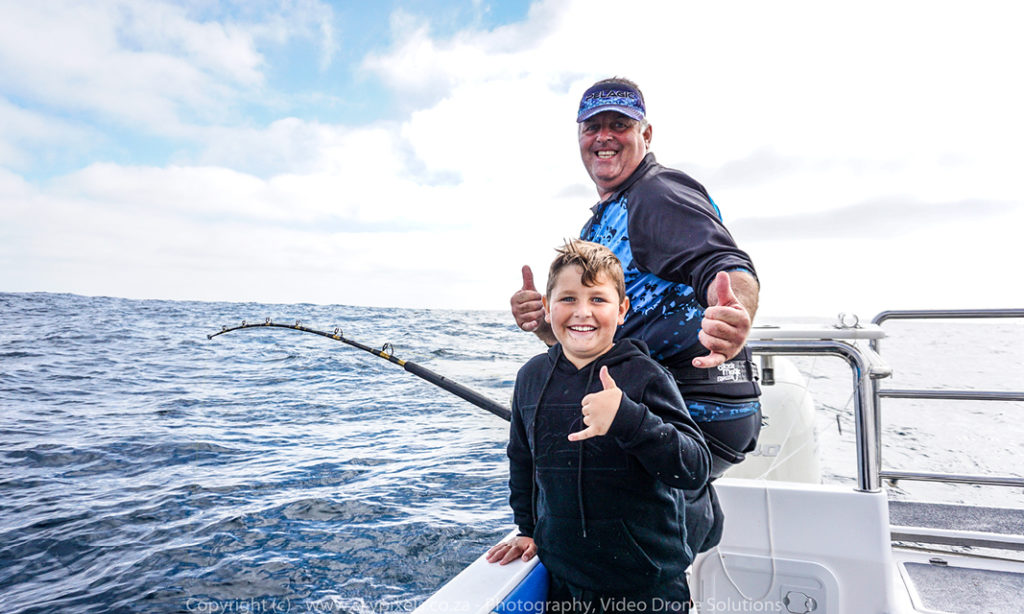 Robin wanted Piromero to be versatile, he wanted to be able to fish tuna and be able to convert the boat for going after marlin, without losing any fish-fighting space around the deck.

“So, for fishing tuna, you have all this available deck space, but then the box in the back is removable. I can take it off the base plate and replace with a custom-made fighting chair that fits exactly on that same spot. And then we can fish marlin.

“It’s that kind of versatility that makes it so impressive.” 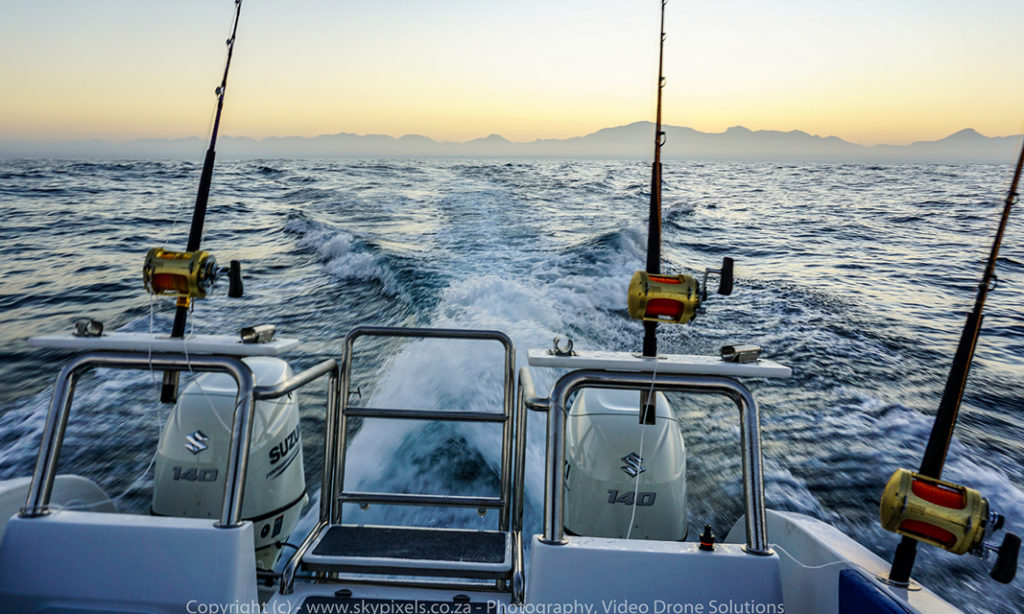 Piromero is powered by a pair of new Suzuki DF140s in white – to match the colour of the boat. The DF140 is fast becoming one of the most popular four-cylinder models for a range of ski-boats around the country.

“Well I like the brand and the colour,” says Robin. “But I’ve just found that the Suzukis are more economical. So, when I purchased the boat I went with the 140s and it really works for me.

“I’ll be doing an average of say 20knots, heading about 40 miles out for two days for a fishing comp like the Offshore Classic in Gordons Bay. Where you’d be trolling most of the time. And, for the full comp, it’d use maybe 14 jerry cans of fuel, which is good for something this size.” 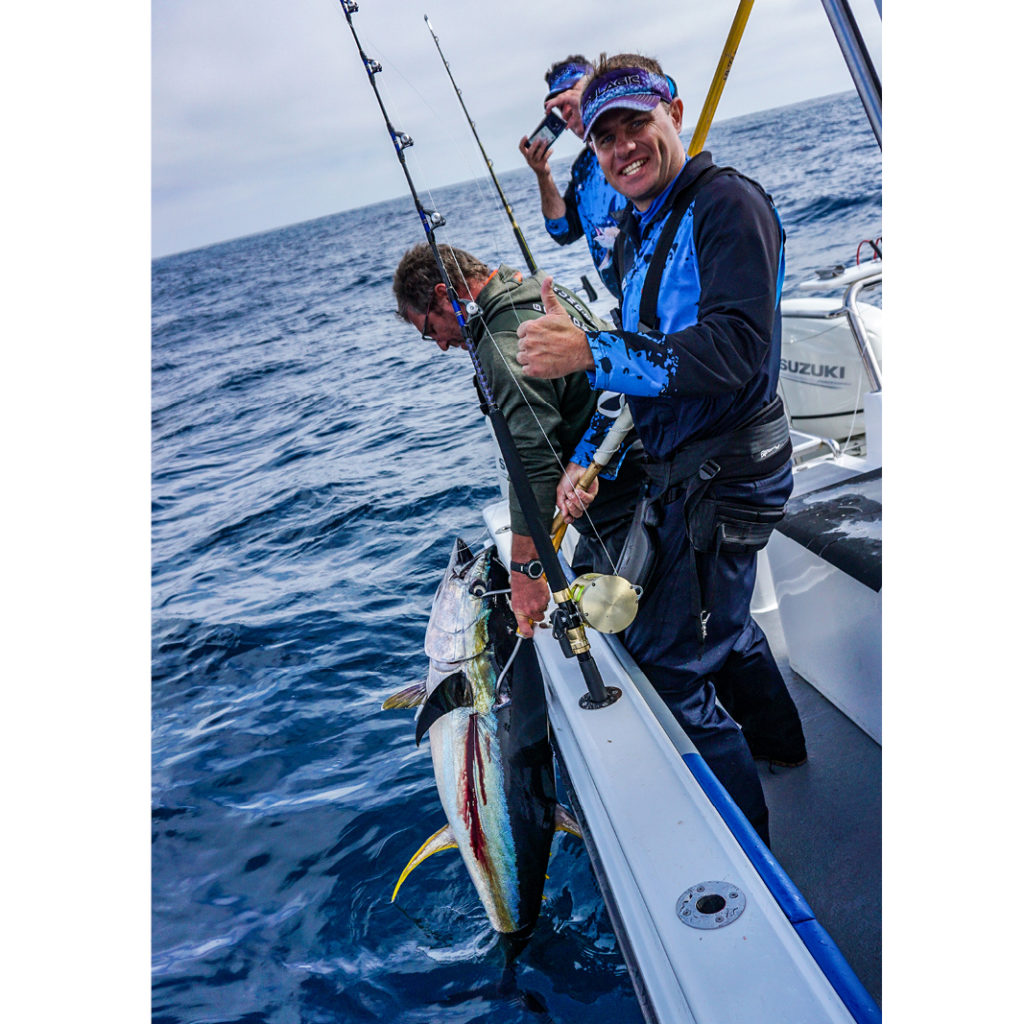 Plus: check out the all-new Suzuki DF140BG!

“One of the best parts is the service that I got from CarryCat. Ron and Leonie are on top of their game, going out of their way to ensure that things get done. There’s a lot of communication during the whole purchase and building process, and nothing is too much – they’ll accommodate any requests or modifications, so the boat really is custom-made.”

What’s next for Robin and his new boat Piromero? Well, Robin is looking forward to taking part in this year’s Rumbly Bay Tuna Invitational at Cape Boat and Ski-Boat Club near Simon’s Town. And then he’s looking out for a marlin comp coming up in Struisbaai next year February.

We’ll let you know when we have all the info. 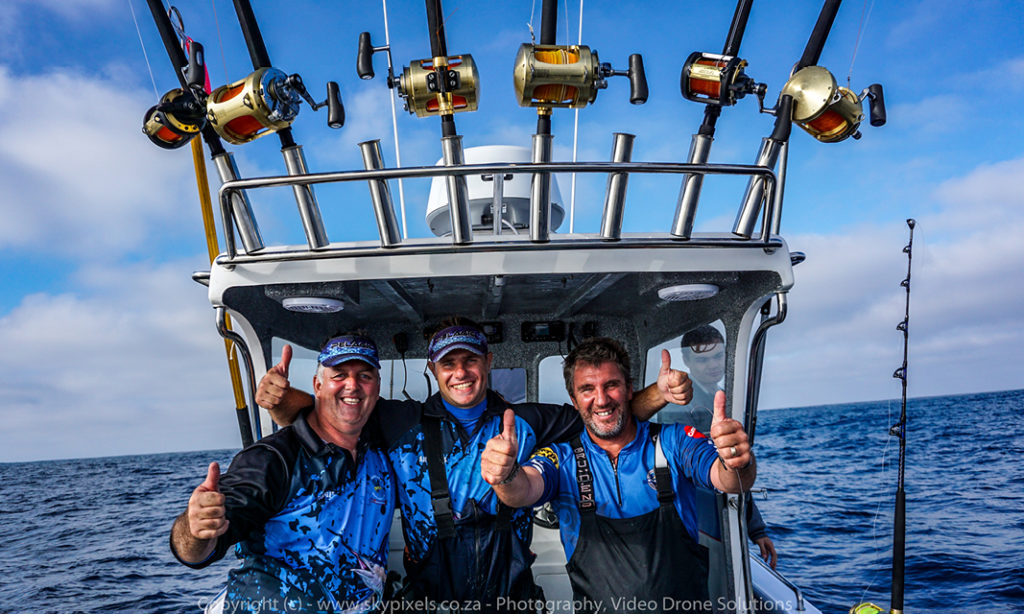 In the meantime, there’s some awesome footage of Piromero and some other CarryCats out at sea in this vid of Gordon’s Bay Boat Angling Club’s recent Offshore Classic:

WATCH: PIROMERO AND OTHERS IN ACTION

Posted by Gordons Bay Boat Angling Club on Sunday, 5 May 2019

Also, see how to find our shop at our new address.

PLUS: CHECK OUT THIS NEW LAUNCH

PLUS: See the awesome new motors in action in the latest boat repowers. And don’t miss out on the action of this year’s big fishing competitions.