How to Rig Skip Bait for Black Marlin 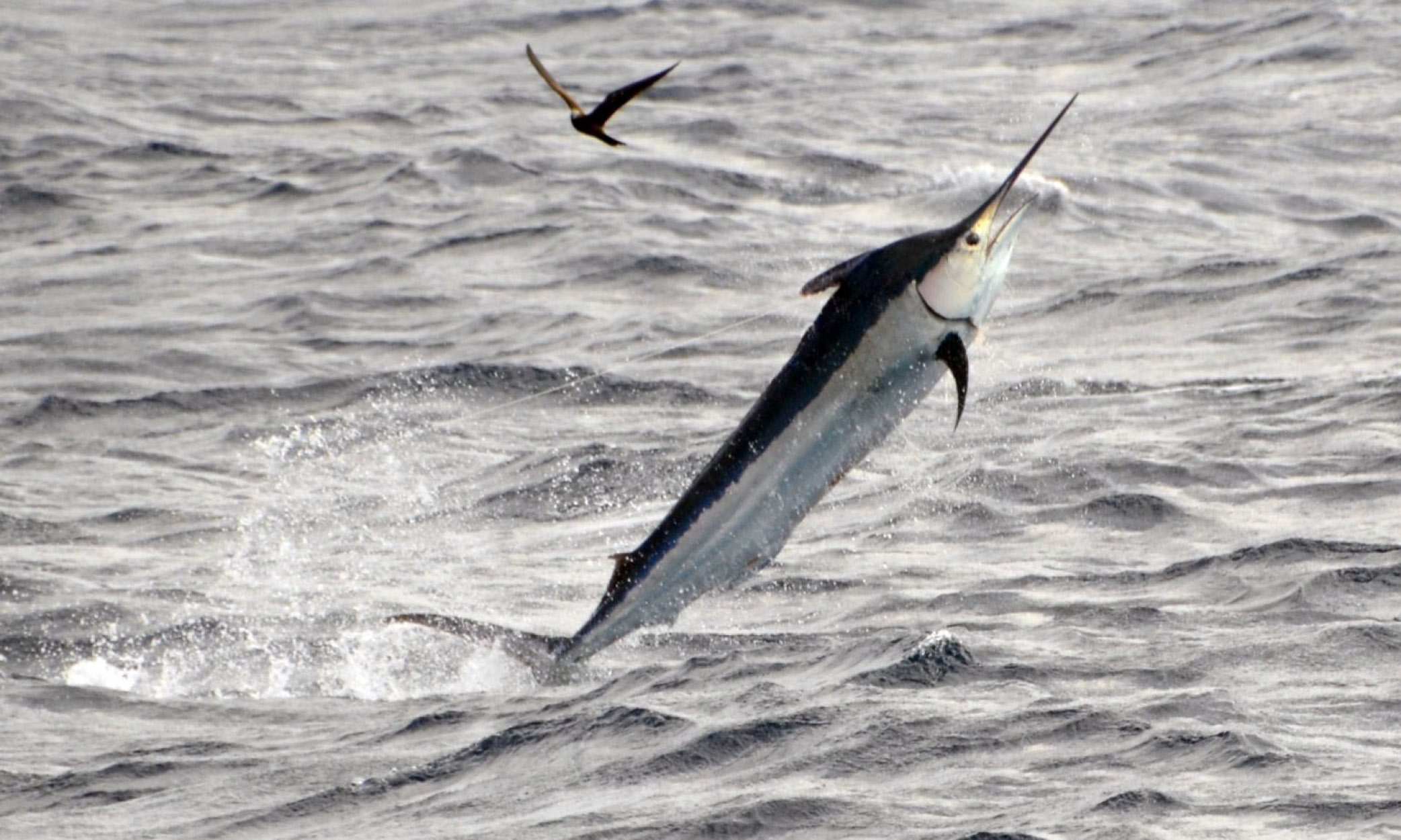 Traditional jube-jube and circle hook, and how to get a proper hook-up. SADSAA selector and SA protea angler Jaco Hendriksz shows how to rig skip bait for marlin with a circle hook and chafe tube – the old-school way.

Note: Jaco recorded these videos in his native language, Afrikaans. But you can still see the technique, and we’ve translated all the important bits into English under the video – plus: some awesome tips on targeting black marlin right at the end.

WATCH: HOW TO RIG SKIP BAIT FOR BLACK MARLIN 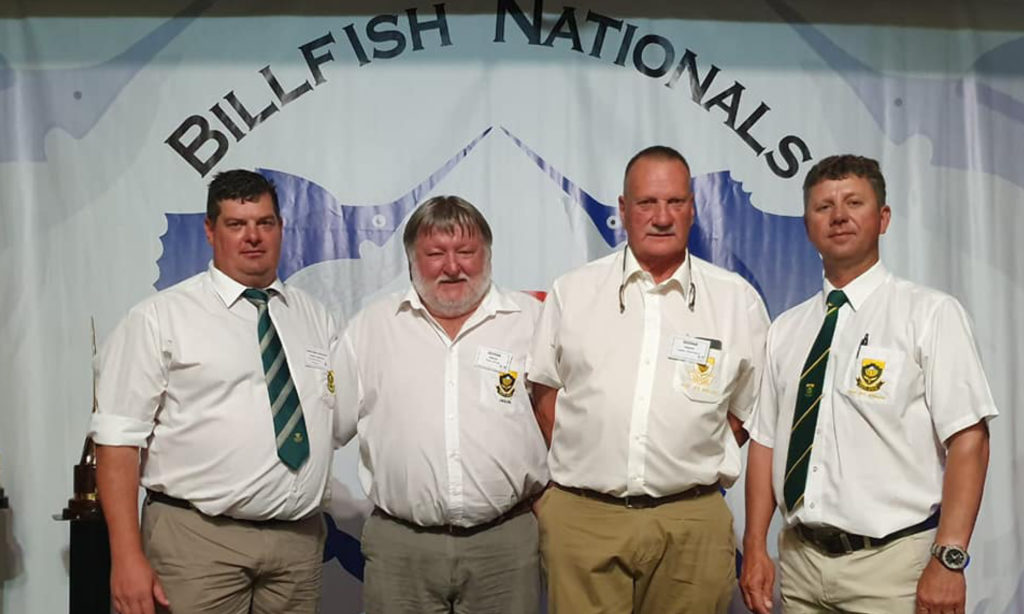 Most competitive anglers know Jaco very well, he’s a familiar face at many game fish competitions around the country, usually very involved and often helping out with a lot of the organisation too. Not to mention he’s a selector with SADSAA, so he’s definitely someone you’ll get to know when going after your national or even provincial colours (he’s also with Gauteng Deep Sea).

A Carletonville local (just south-west of Johanessburg in Gauteng) and also the vice-chair of Dorado Ski-Boat Club. But he’s not just a bigwig, Jaco is a seasoned angler himself. We’re particularly lucky to have this video from hi because if it wasn’t for the COVID-19 lockdown he might have been way to busy prepping to captain the team that would represent SA at the now-cancelled EFSA European Championship in Cape Verde in May. 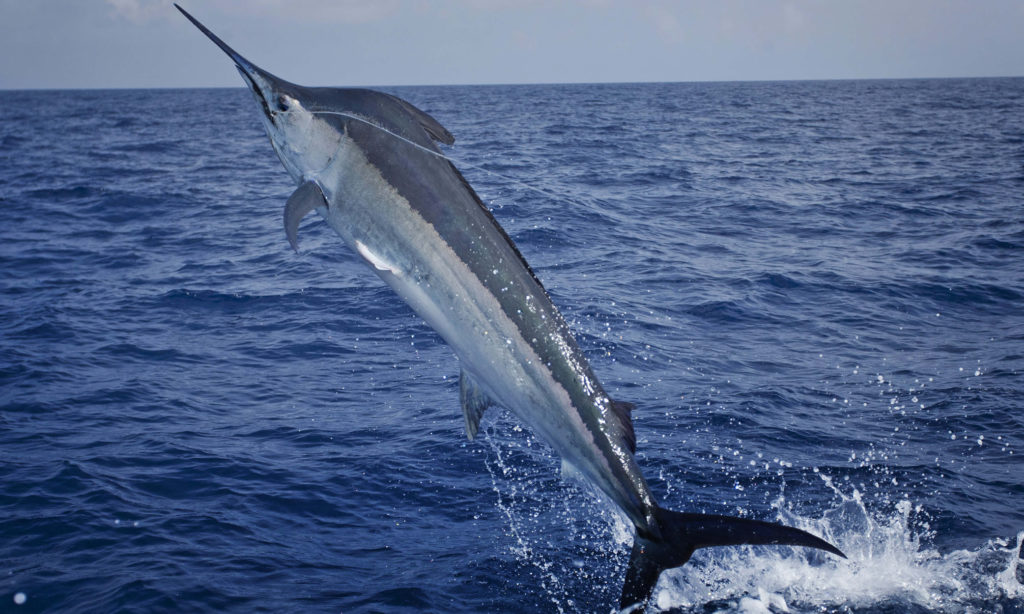 Skip bait is a tried-and-tested method for targeting black marlin. You’re basically rigging the fish whole with a gap (where the chafe tube goes) between the bait and the hook. The reason for this is that when the fish takes the bait, it actually turns it around in its mouth as it swallows – and you want it to swallow. At that point, the hook is in exactly the right place to catch in the corner of the fish’s mouth, which is a good way to get a secure and humane hook-up.

Like Jaco says, you want to troll at an easy 6–10km/h with the skip bait just gently dragging (not skipping) near the surface of the water. It’s a traditional method and worth rigging up even if you’re fishing with various other baits and lures – it’s good to just have it there, it lasts long. You can use it along with lures or even rigged halfbeak. 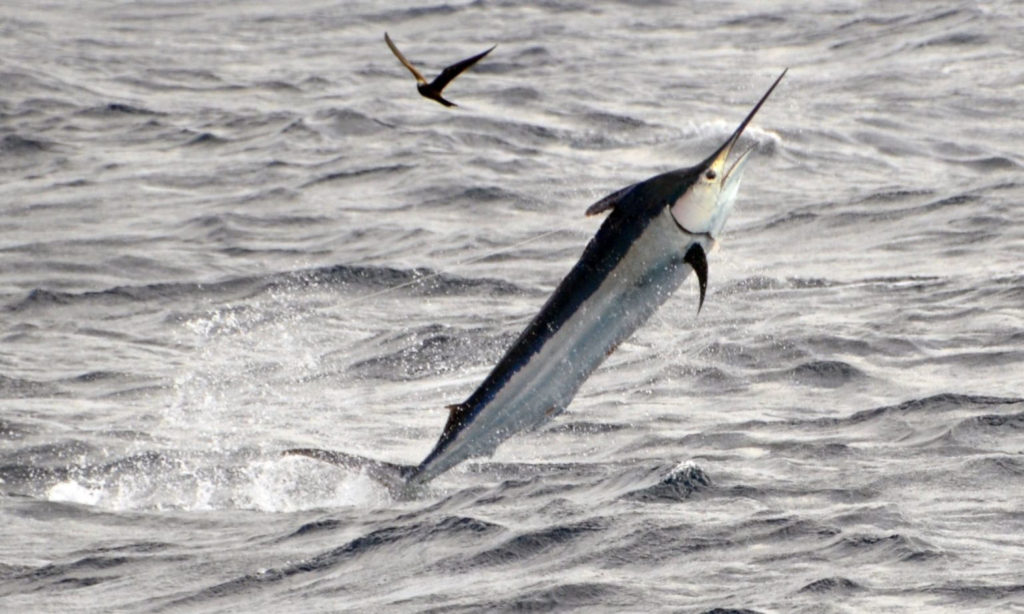 WHEN YOU HOOK-UP THE MARLIN

Again, this is a rig you fish on sight. You keep the bait shallow and close to the boat, so Jaco says you should see the marlin come up from behind to inspect it first. Set to a light drag on the reel and watch for when the marlin turns sideways – that’s when it’s grabbed the bait.

Let if free-spool for about 10 seconds to allow the fish to swallow the bait and then turn up the drag gently (no need to strike). And the fight starts.

Jaco says to watch, the fish should jump within the first 2–3 minutes, and that’s when you know the hook’s firmly lodged. Gradually increase the drag as you bring the fish in for tag and release. 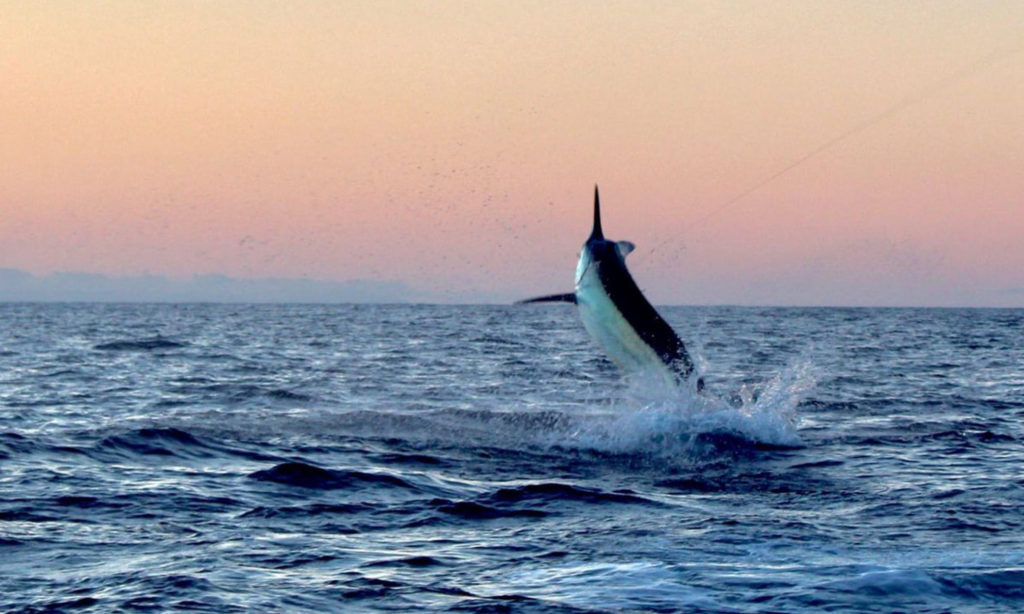 Thanks, Jaco, for these awesome insights!

Plus: See the full story on recreational fishing in lockdown.

Also see how to create a nail knot for game fish lures, making a couta trace, how to rig halfbeak for sailfish and some tips on fishing natal snoek.

Plus: Did you know all Suzuki outboards over 40hp comes standard with built-in troll mode? It means your performance outboard turns into an instant trolling motor. 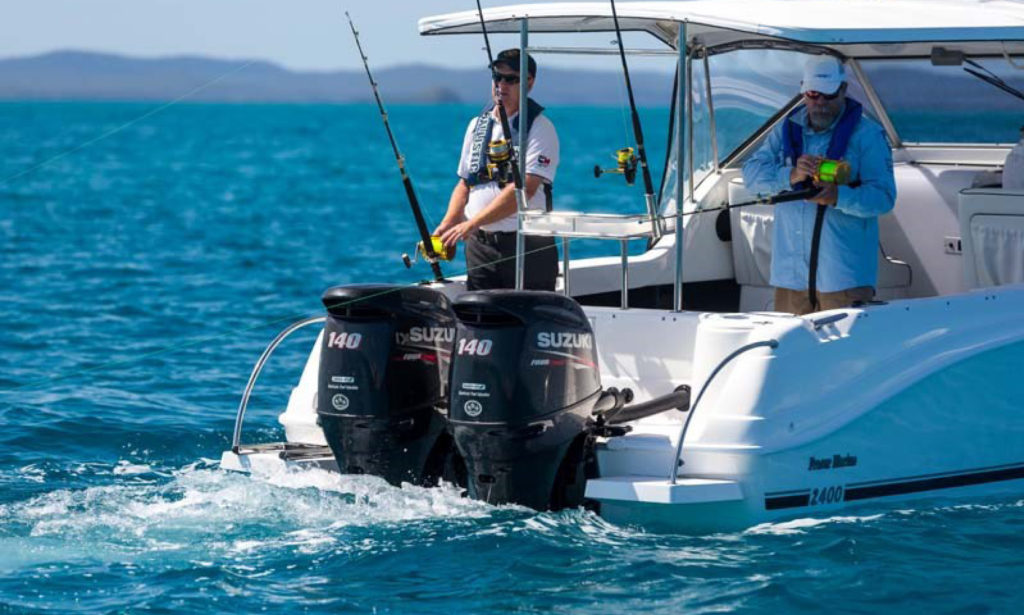 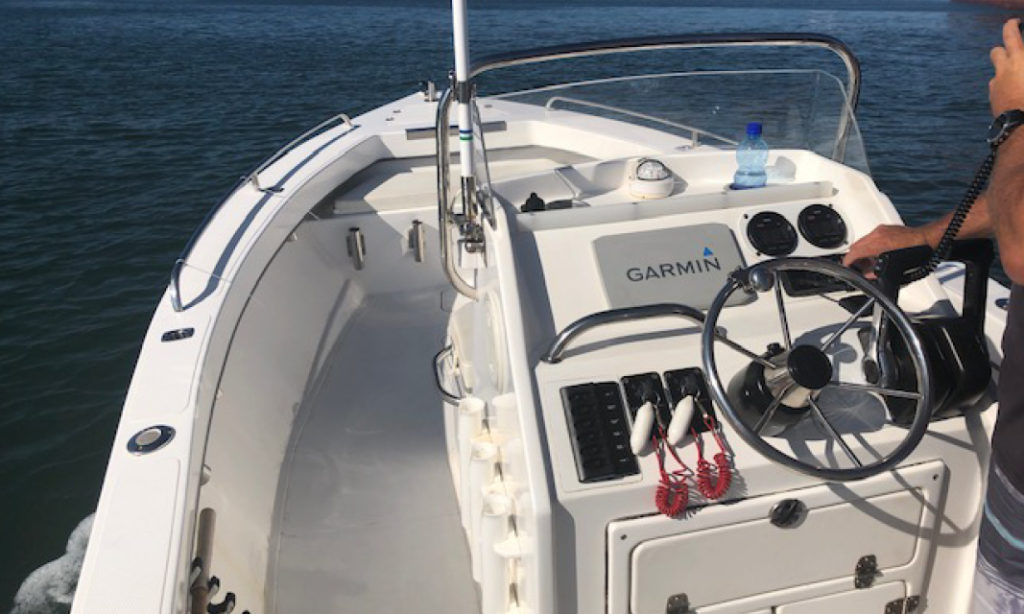